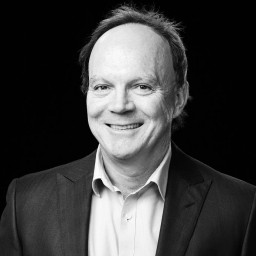 In recent months, we have argued a shift towards quality defensives has merit. As we move into the mid to late stages of the cycle, we prefer companies with resilient earnings profiles that are relatively insulated from the macro backdrop.

In our latest Focus List update, we upweighted our exposure to quality defensives from 17.5% to 22.5%, which included increasing our position in Telstra (TLS) from 2% to 3% of the portfolio – a modest overweight versus the benchmark. 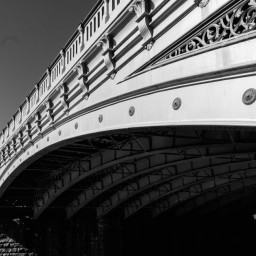 The Case for Quality Defensives

In the modern world, digital connectivity is all but essential. This helps support consistent user demand for mobile and fixed network plans from leading telcos such as Telstra through the cycle, while the company’s owned infrastructure (e.g. fibre, ducts, mobile towers) provides annuity-like cash flows that are even more predictable. Telstra dominates the Australian telecommunications oligopoly with the best network and ~50% mobile market share.

Telstra’s share price started coming under pressure in 2015, largely due to the impact of the Federal Government’s NBN roll out, which has been a significant headwind to earnings in recent years.

The NBN has progressively replaced Telstra’s legacy fixed-line copper wire network, which previously connected most of Australia’s homes. As a consequence, Telstra is no longer the predominant wholesale fixed line network provider in Australia, which has led to a significant loss of revenue as customers transition towards NBN broadband services.

In its fixed line business, Telstra has gone from being vertically integrated, as both an infrastructure owner and a retail service provider, to now merely acting as a retail provider that re-sells access to the NBN, competing with other service providers on a level playing field. Telstra has labelled this permanent, recurring loss of earnings to the NBN as the ‘in-year NBN headwind’.

The NBN roll out has also driven a significant increase in the cost of providing fixed broadband services for both Telstra and its competitors, putting fixed-line reseller margins under pressure. We have also witnessed elevated competitive intensity between major players in the mobile market, with aggressive price cutting squeezing operator margins even further.

The downward trajectory of Telstra’s earnings in recent years has reflected this challenging industry backdrop.

Are we at an inflexion point?

On the bright side, as the NBN roll out is now effectively complete, we are at the tail-end of the so-called NBN headwinds, with management suggesting the ongoing drag from the migration off its legacy network is all but over.

Of course, this still leaves a permanent hole in Telstra’s earnings given the loss of its legacy fixed-line network. However, as this hole is no longer growing, earnings will likely have bottomed out in FY22, establishing a new base to grow from in the future.

Consistent with the improved backdrop, we believe Telstra is entering into an EPS upgrade cycle, with analysts increasing their earnings forecasts in a sustained manner for the first time in years.

Telstra’s latest strategy, ‘T25’, has the objective of achieving a mid-single digit underlying EBITDA CAGR and a high-teens underlying EPS CAGR to FY25, which will represent a material step change in the company’s earnings trajectory, if achieved.

How Can Telstra Grow Its Earnings?

In addition to the end of the NBN headwinds, Telstra’s medium-term earnings outlook is supported by a number of factors:

Telstra is close to structurally separating its consumer facing business from its infrastructure assets. This will position the company to realise shareholder value that has been hidden in the previous amalgamated structure, given the strong institutional investor demand for strategic infrastructure assets, which typically command substantially higher earnings multiples as pure play investments.

The company started unlocking the intrinsic value of its infrastructure in 2021 when it sold a 49% stake in its mobile towers (Amplitel) for $2.8bn, reflecting a total value of $5.9bn and an attractive EV/EBITDA multiple of 28x - a substantial premium to Telstra’s current trading multiple of ~7.9x. Around 50% of the net proceeds of the deal were returned directly to shareholders.

Other recent transactions in the ANZ telco infrastructure sector include:

Telstra is likely to monetize more of its infrastructure over the medium-term, likely through the sale of minority interests in its assets like the Amplitel deal.

The next logical candidate is InfraCo – Fixed, which generates more than 6x the earnings of Amplitel, delivering >$2bn p.a. in external access revenues for fibre, network sites and ducts. Putting the FY21 EBITDA contribution of InfraCo – Fixed ($2.66bn) on a 12x multiple – which could prove to be conservative – implies an enterprise value of ~$32bn.

We prefer to assess Telstra’s valuation using cash earnings, rather than statutory earnings, because the company’s CAPEX is expected to be structurally lower than its depreciation and amortisation over the medium-term, given historically higher CAPEX and the mix of asset lives. Therefore, cash flow provides the best measure of Telstra’s underlying performance and is likely to remain ahead of accounting earnings.

Taking this into consideration, Telstra trades on a 12-month forward EV/EBITDA of 7.9x and a forward Price/ Equity Free Cash Flow multiple of 16.4x. This looks attractive relative to other ASX defensives, and given the expected recovery in the company’s earnings and the significant intrinsic value embedded within its infrastructure assets that is likely to be unlocked over the medium-term.

David is one of Australia’s leading investment strategists.

About Wilsons: Wilsons is a financial advisory firm focused on delivering strategic and investment advice for people with ambition – whether they be a private investor, corporate, fund manager or global institution. Its client-first, whole of firm approach allows Wilsons to partner with clients for the long-term and provide the wide range of financial and advisory services they may require throughout their financial future. Wilsons is staff-owned and has offices across Australia.

Disclaimer: This communication has been prepared by Wilsons Advisory and Stockbroking Limited (ACN 010 529 665; AFSL 238375) and/or Wilsons Corporate Finance Limited (ACN 057 547 323; AFSL 238383) (collectively “Wilsons”). It is being supplied to you solely for your information and no action should be taken on the basis of or in reliance on this communication. To the extent that any information prepared by Wilsons contains a financial product advice, it is general advice only and has been prepared by Wilsons without reference to your objectives, financial situation or needs. You should consider the appropriateness of the advice in light of your own objectives, financial situation and needs before following or relying on the advice. You should also obtain a copy of, and consider, any relevant disclosure document before making any decision to acquire or dispose of a financial product. Wilsons’ Financial Services Guide is available at wilsonsadvisory.com.au/disclosures.

All investments carry risk. Different investment strategies can carry different levels of risk, depending on the assets that make up that strategy. The value of investments and the level of returns will vary. Future returns may differ from past returns and past performance is not a reliable guide to future performance. On that basis, any advice should not be relied on to make any investment decisions without first consulting with your financial adviser. If you do not currently have an adviser, please contact us and we would be happy to connect you with a Wilsons representative.

To the extent that any specific documents or products are referred to, please also ensure that you obtain the relevant disclosure documents such as Product Disclosure Statement(s), Prospectus(es) and Investment Program(s) before considering any related investments.

Wilsons and their associates may have received and may continue to receive fees from any company or companies referred to in this communication (the “Companies”) in relation to corporate advisory, underwriting or other professional investment services. Please see relevant Wilsons’ disclosures at www.wilsonsadvisory.com.au/disclosures.